A didactic day for Middle School and High School.

From October 4th to October 8th, Middle School and High School students have different activities in the agenda during the Cultural Week. 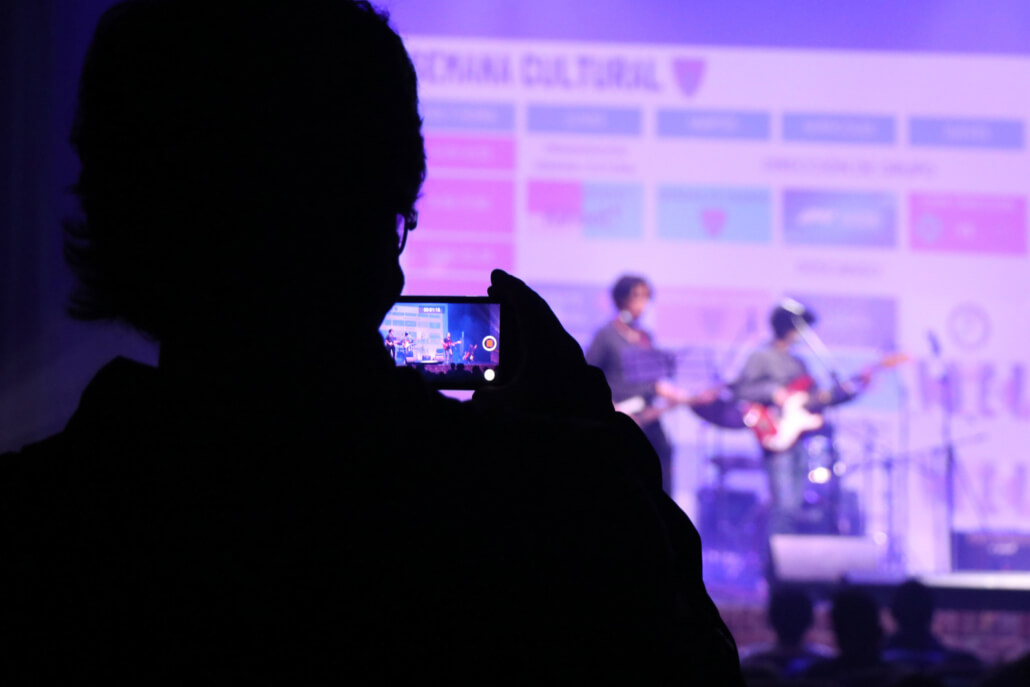 On Monday it began with the Kahoot activity, a questionnaire where the students evaluated their knowledge about the history of the school, its most representative moments and the most important characters. After this, the Debate on Mix-gender School was held, a discussion that addressed the idea of ​​making the school mixed-gender, with arguments from tradition, current thinking and the economic field. 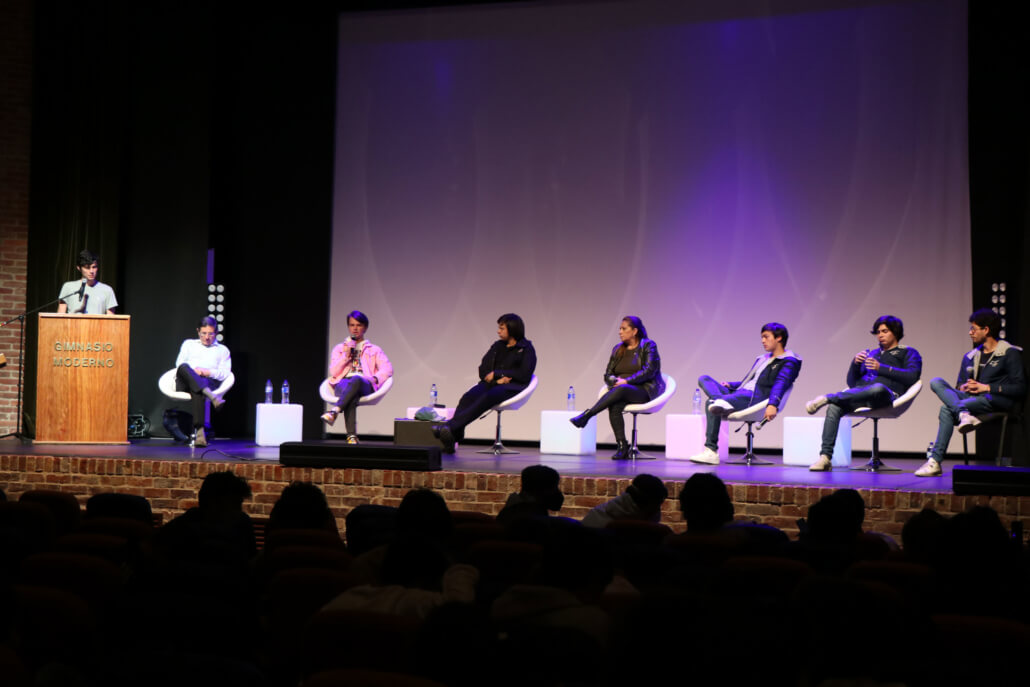 On Monday afternoon, the discussion “Wake up the entrepreneur in you!”  was held. It featured a group of invited entrepreneurs, who shared their experience in creating a brand or an independent product. The talk began with the words of the Dean of Business Development of CESA, Gabriel Andrade, who expressed his excitement at being in the School and opened the doors of the Colegio de Estudios Superiores de Administración – CESA for all students of the Gimnasio Moderno. 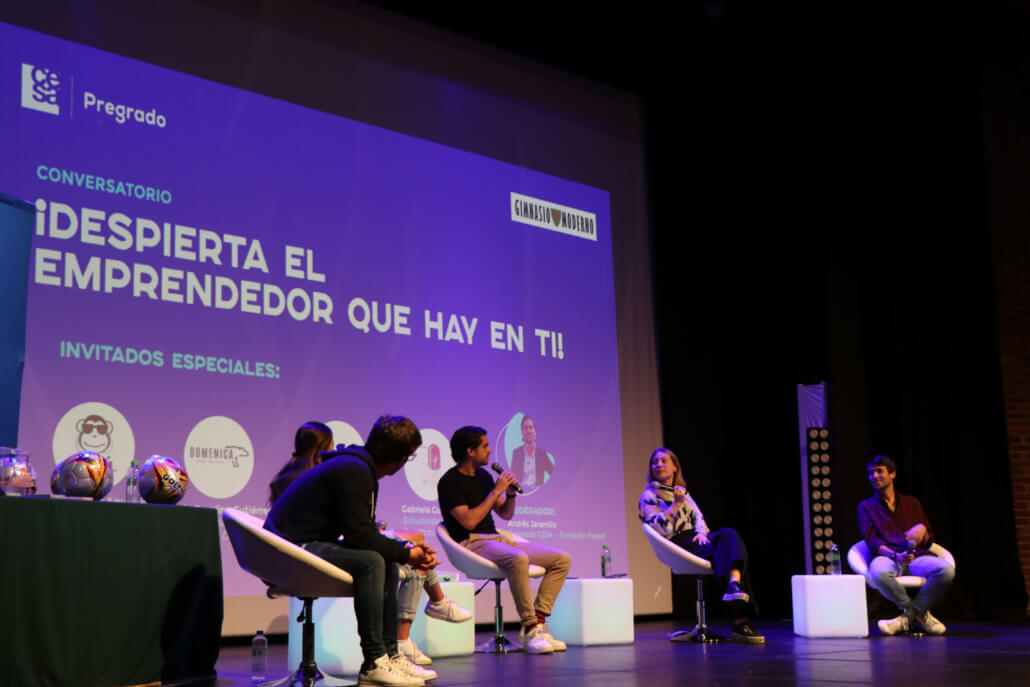 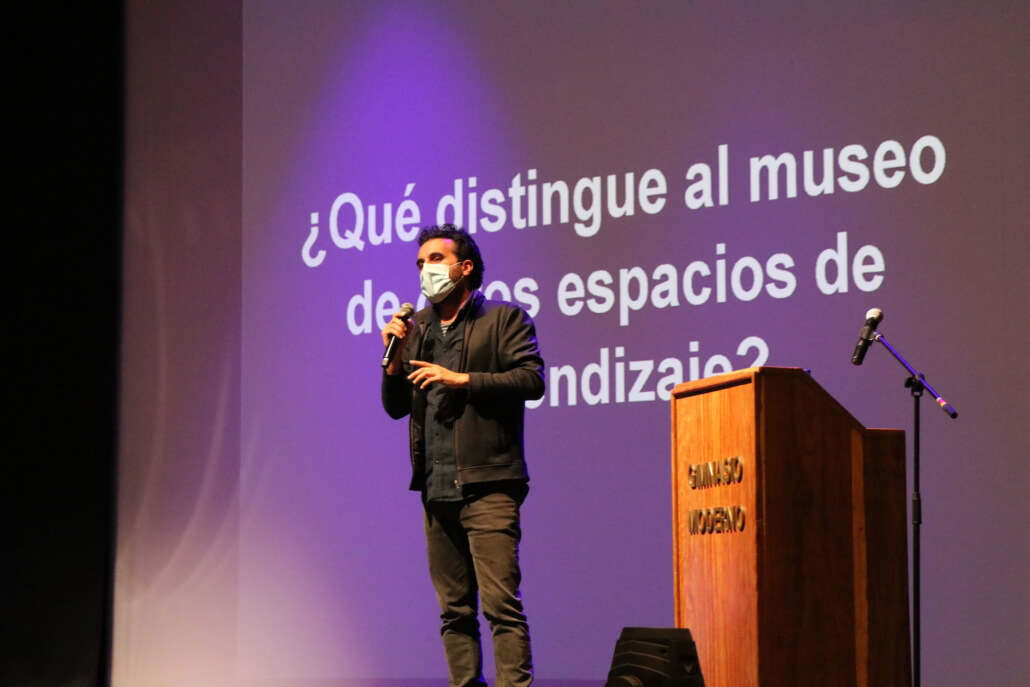 The second day of the cultural week opened with the Morning of Talents, an event on which students gave a sample of their musical ability, honoring bands such as The Cure, Alice in Chains and Metallica. Hugo González, a ninth grade student, played the piano in a masterful way. On the other hand, Pablo Caballero, an eleventh grade student, exhibited the humor of the school in a comical routine on which he imitated some teachers. 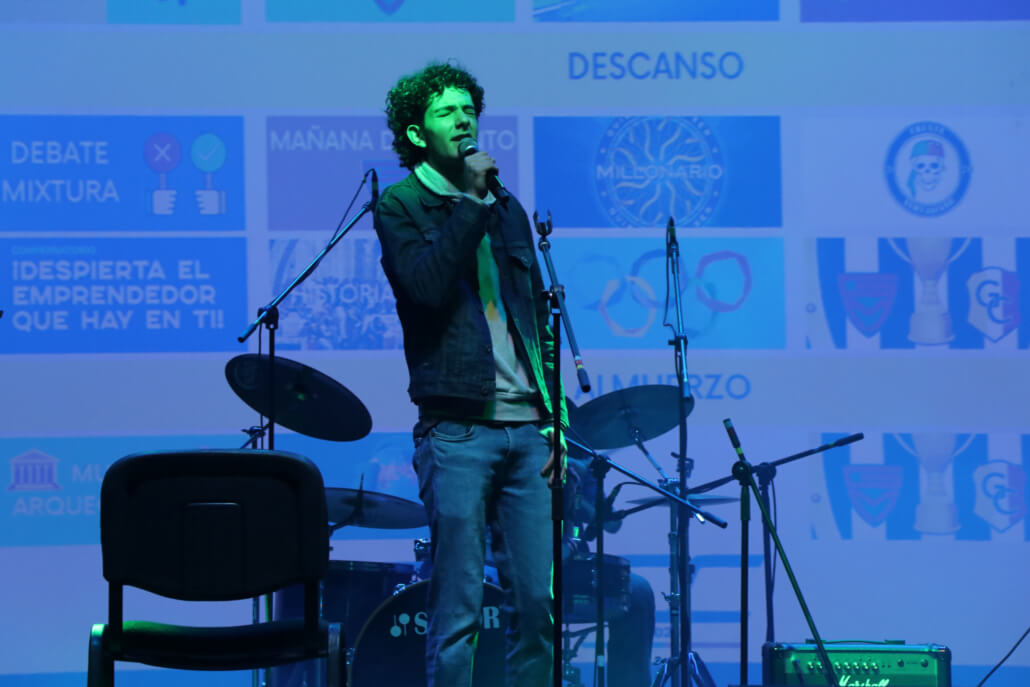 After a break, the performances continued with the 11th grade musical ensemble, the 9th grade cheerleaders show and the musical performance of Martín Cabrera, who made all his classmates jump and sing, winning first place in the Morning of Talents. 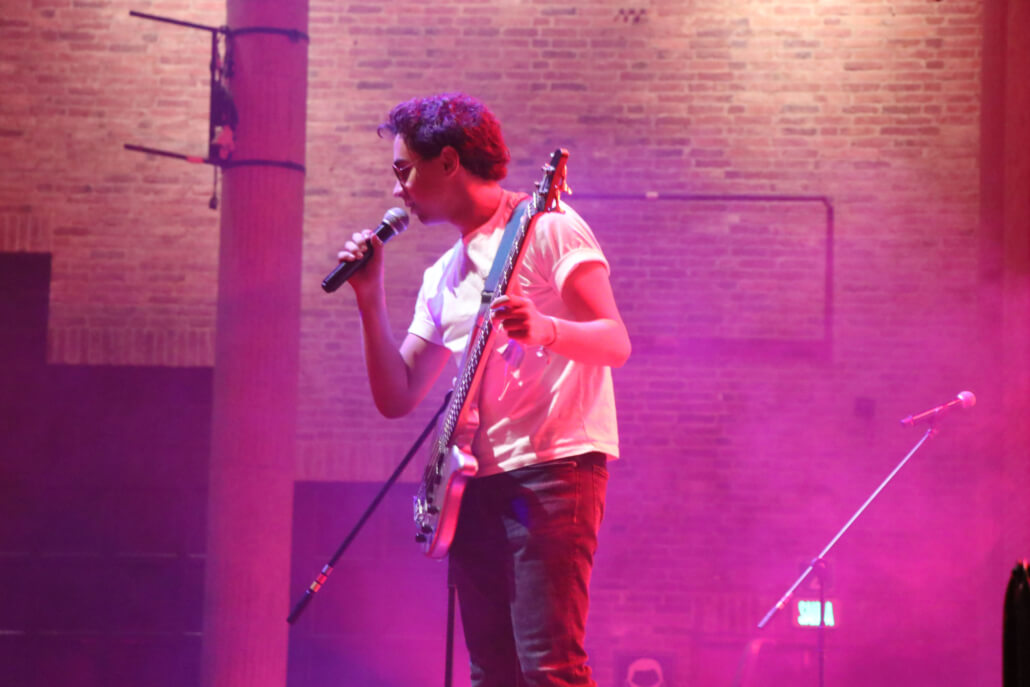 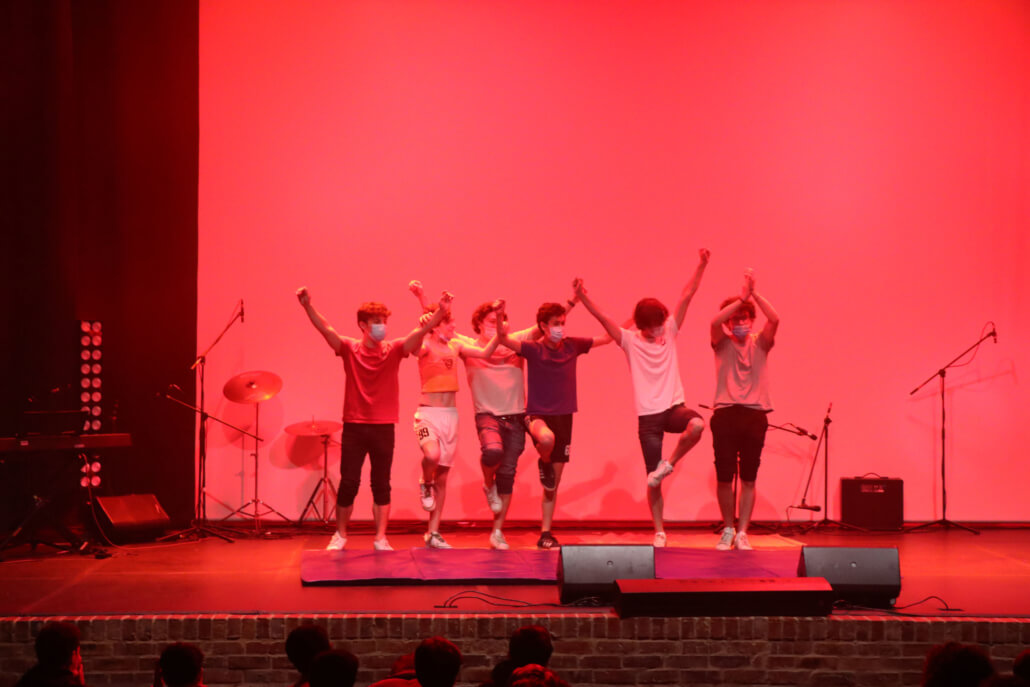 Continuing with the agenda of the event, the Art History talk was held, in which an expert from the Universidad de los Andes carried out a visual analysis of different iconic paintings, addressing their context and details. To end Tuesday’s agenda, the Executive Secretary of the Colombian Ocean Commission, Juan Camilo Forero Hazeur, presented the commission’s achievements and its future plans: Colombia as a maritime power in 2030. 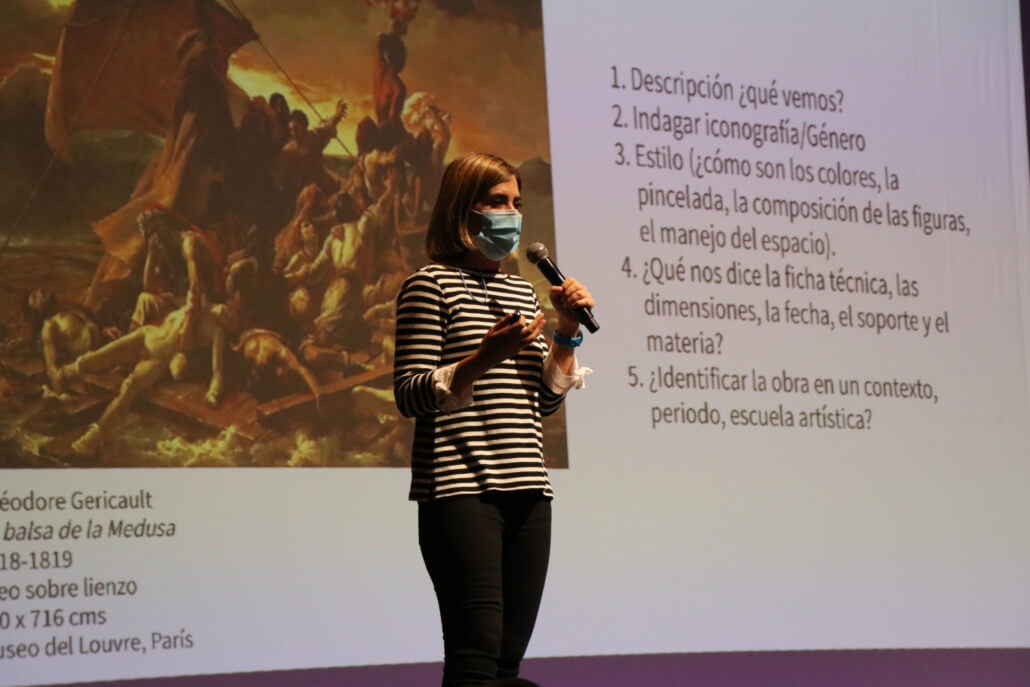 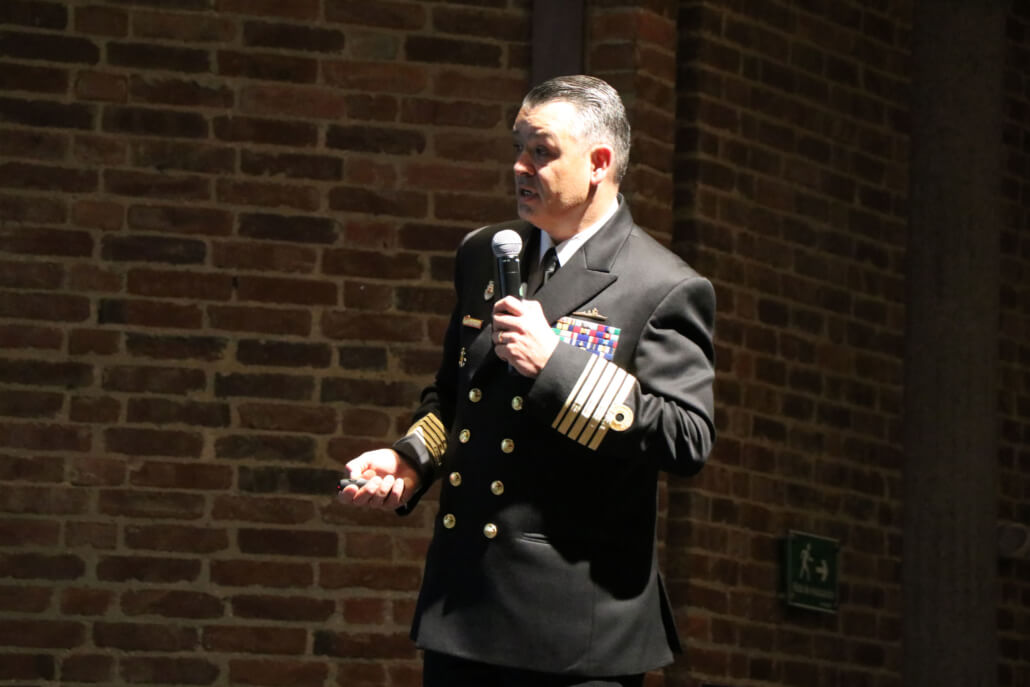 The activities on Wednesday began with the Formula 1 Tournament. The students faced each other, through a racing video game, to see who was the best driver in the school. Then, the “Rooster Battle” was held, an activity on which the members of the school showed their skills when improvising and measuring themselves with their peers, offering a show full of wit, friendship and good rhymes. The winner was Juan Manuel Niño of the Tenth grade. 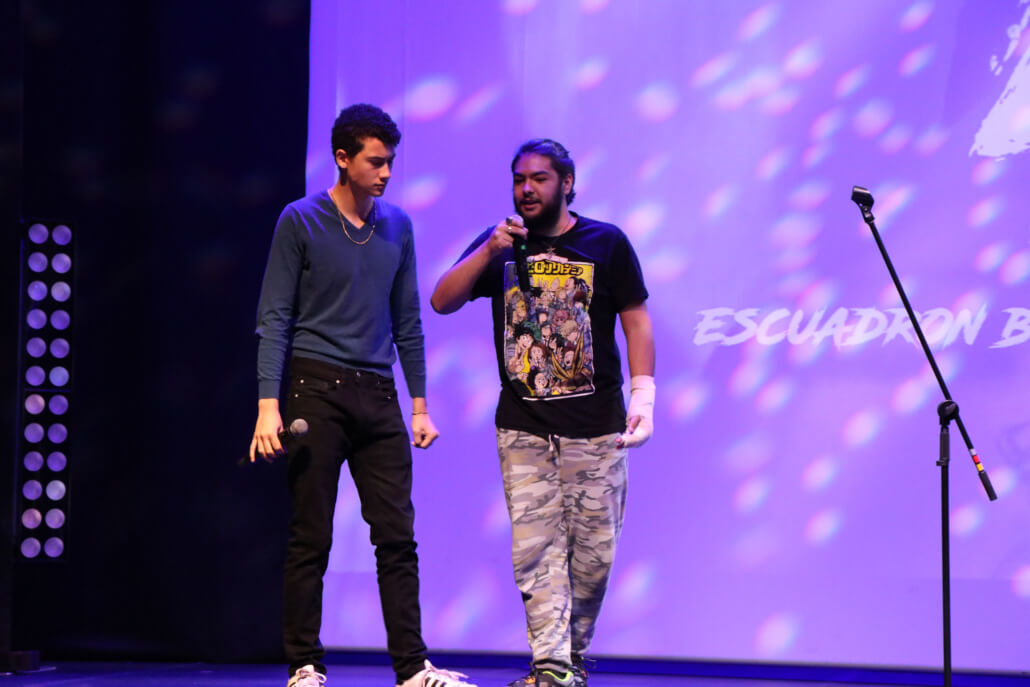 Once the rap battles ended, the Olympics began. Here, students participated in events such as high jump, track and field, and bowling, to show that the sport goes beyond mere competition and represents effort, mutual support, and fun. 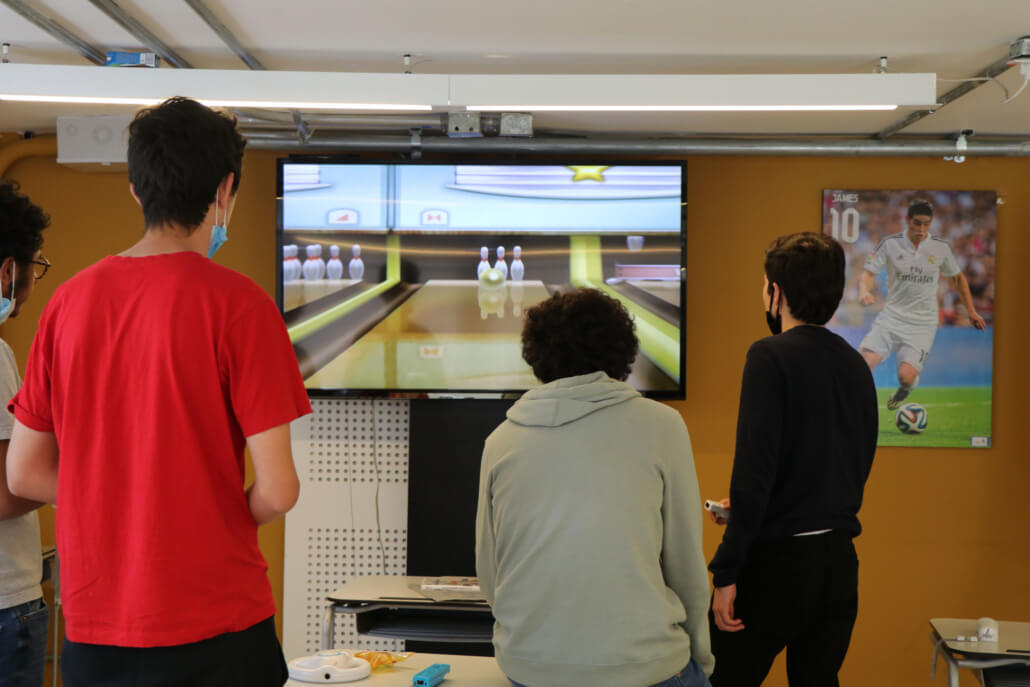 On Thursday football soccer took over. The day was divided into two games full of excitement and healthy competition. The Women’s Tradition Cup was played first between the Gimnasio Femenino vs. Marymount School. The players exhibited their talent with the ball by giving a show of attack and defense that culminated with a score of 1 – 0 in favor of Marymount.

In the afternoon, the Men’s Tradition Cup was played. The classic between the Gimnasio Moderno and the Gimnasio Campestre was proof that the players are on the court, but that the team is completed with the support from the stands. The final score gave the victory to the Gimnasio Campestre  with a final score of 1-0, but both teams showed that they are winners and that at the end of the game what remains is the satisfaction of having played with all the effort. 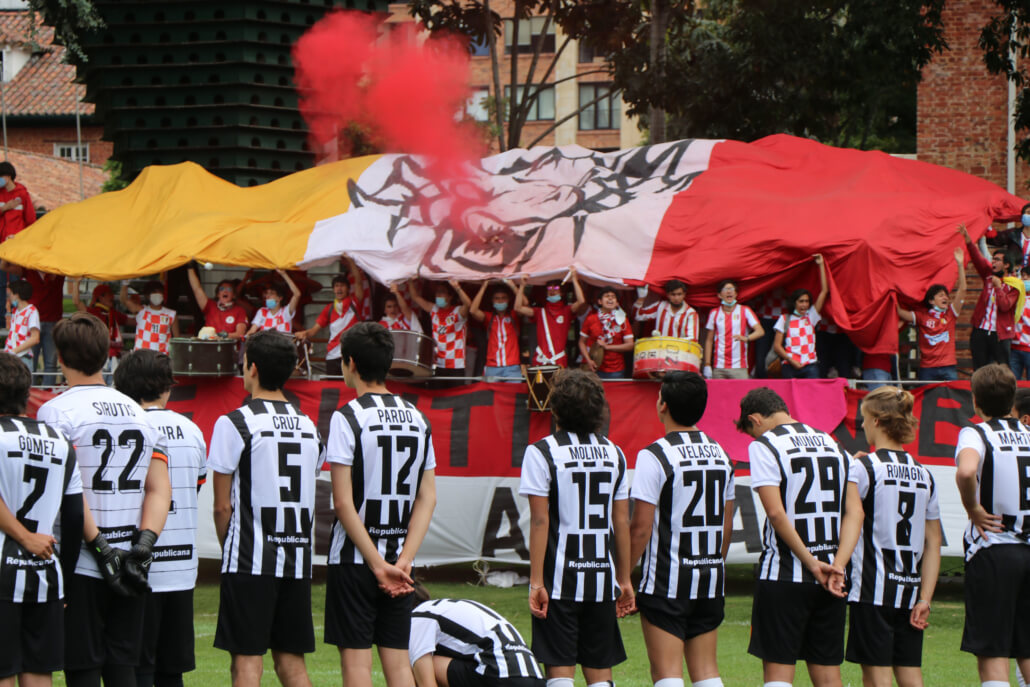 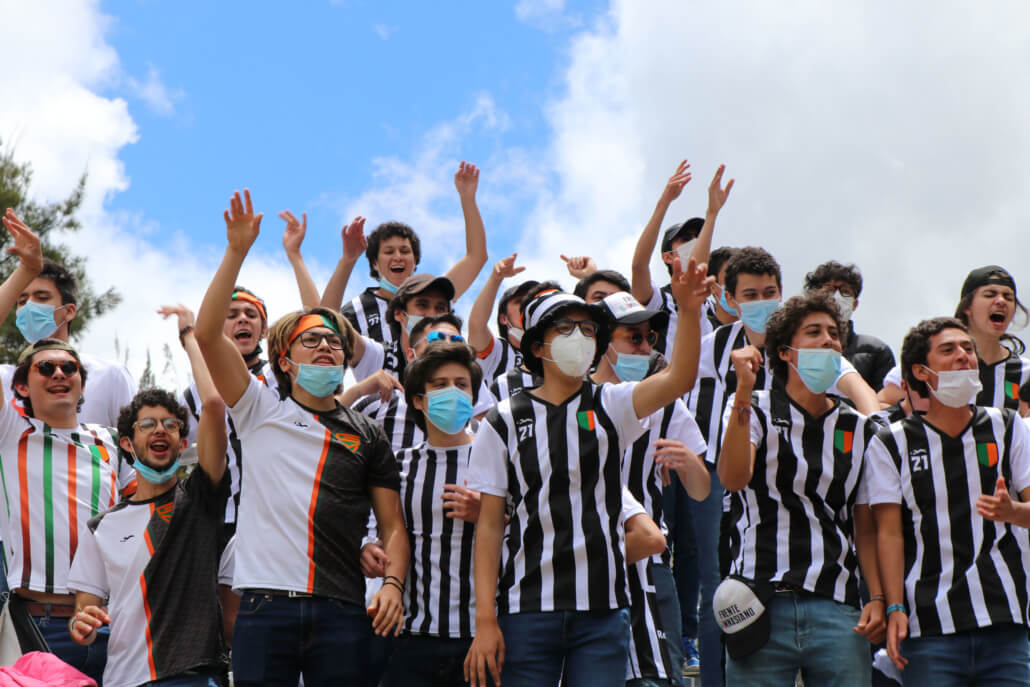 The last day of Cultural Week began with the trivia contest, Who wants to be an outstanding school member?, on which students measured their knowledge about the history and current aspects of the school, participating for prizes such as bonuses, soccer jerseys and a musical keyboard. The first place award was granted to Eleventh grade student Pablo Caballero, who proved to be the student who knows the most about the Gimnasio Moderno. 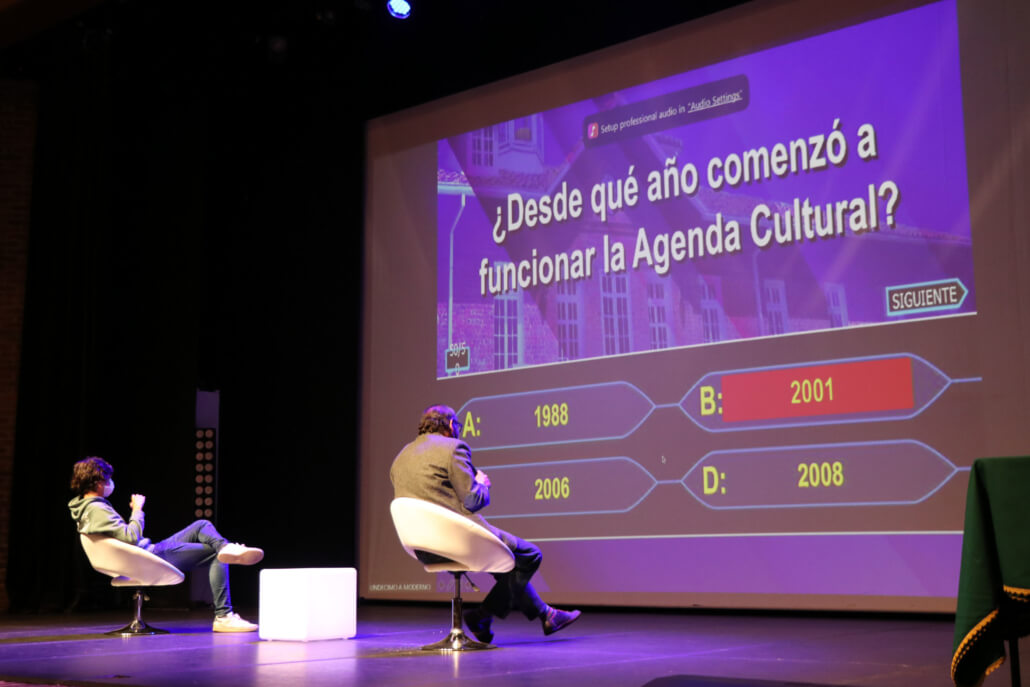 The closing of this week full of learning and fun was given with the talk, “How is dubbing done?”, Talk offered by the Director of the Communications Office, Camilo De Irisarri, one of the founders of Radio Gimnasio Moderno. In that talk, the students actively participated in the creation of a dubbing, demonstrating the process to carry out such task. Also, advice was given about aspects to take into account when recording, and the handling of the tools that facilitate the production of a dubbing was explained. The talk was complemented by the team of the dubbing company, Centauros, which included the director, Henry Pérez, and the voice actors, Juan David Pérez and Alejandra Pérez. 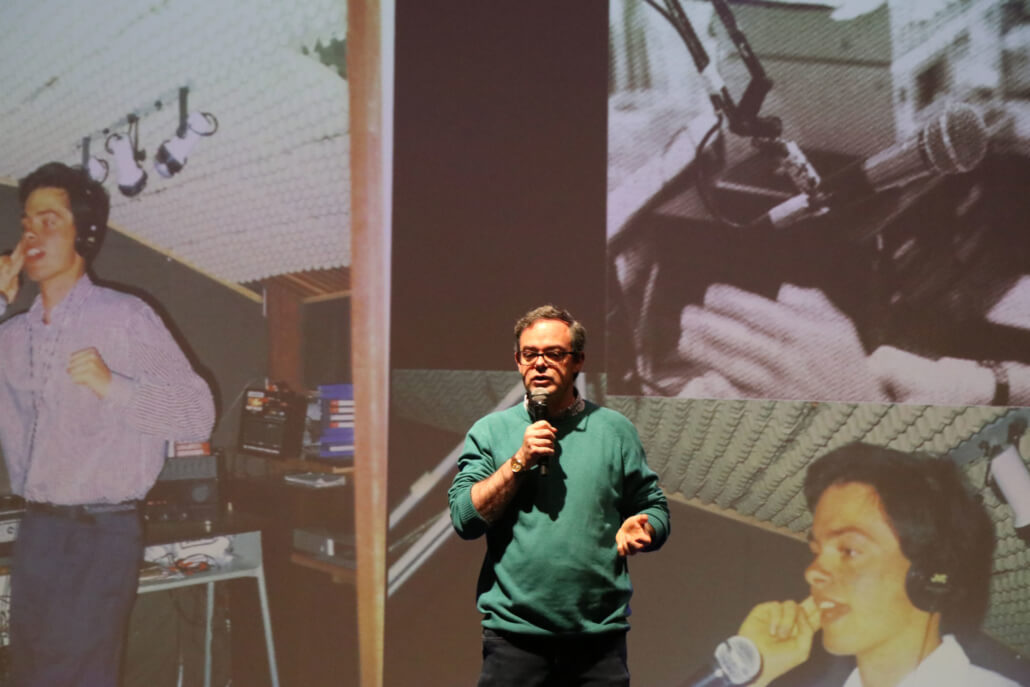 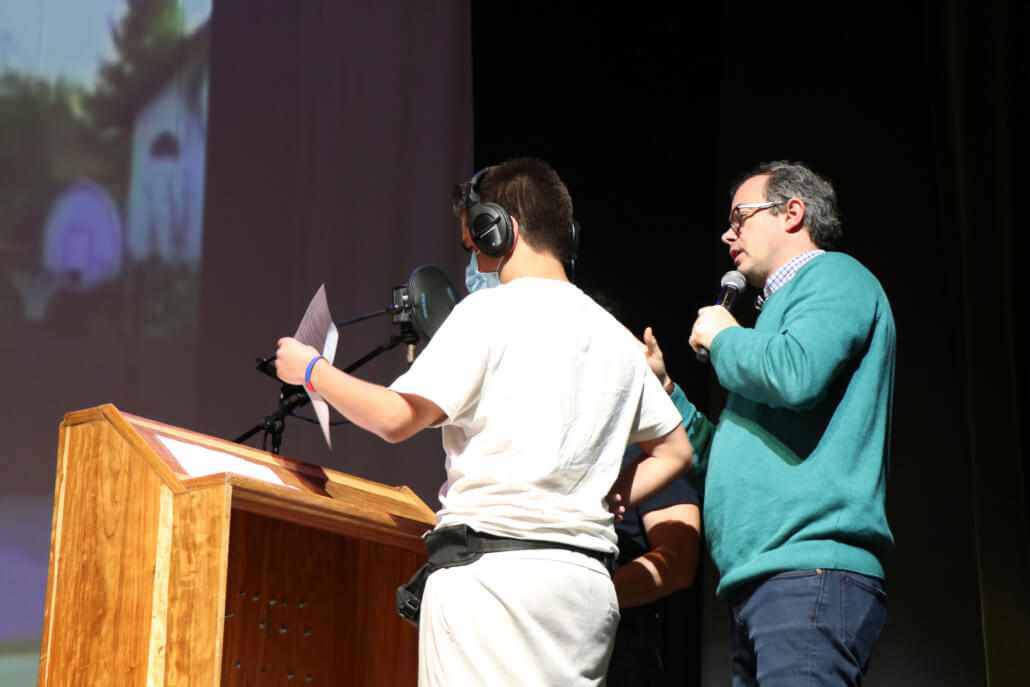 The 2021 Cultural Week of Middle School and High School Education concluded this way, leaving good times, fun and learning in the students, who will undoubtedly remember these moments throughout their lives.